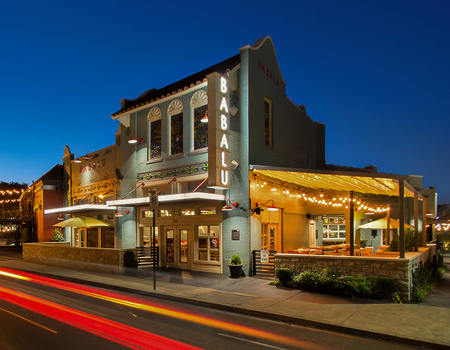 Babalu is the brainchild of successful restaurateurs Bill Latham and Al Roberts. Collectively, the two business partners have owned or operated various restaurants in the South, for more than 30 years.

After selling two very successful restaurants, the partners decided to move forward with their latest concept – upscale Latin-inspired cuisine with a southern flair. They named their new restaurant Babalu, after the signature song of the fictional television character Ricky Ricardo, played by Desi Arnaz in the television comedy series I Love Lucy.

Roberts began conceptualizing the menu, while Latham began scouting possible locations. At the time, Jackson’s historic Fondren neighborhood was undergoing a rebirth as the hub of the city’s arts district. Latham found the perfect location in Duling Hall – a former elementary school that had been converted into retail shops and an event venue. Babalu renovated the school’s former first grade classroom (coincidentally, Latham’s wife Betsy attended first grade here). Great care was put into preserving as much of the original architecture as possible, while still creating a fun and relaxing space for guests. In 2010, the first Babalu location opened in Jackson with great success.

Little did Latham and Roberts know, but setting up shop in neighborhoods experiencing revitalization would become as much a part of the Babalu brand as their signature bright orange logo. In early 2012, Latham and Roberts teamed up with chain restaurant pro Mike Stack to form a new restaurant holding company, Eat Here Brands. Under the new holding company, plans immediately got underway to expand Babalu into other markets.

In late 2013, Babalu Memphis opened in a revitalized warehouse district at Overton Square. A third location in Birmingham’s Lakeview District followed in 2014. The fourth Babalu opened in the renovated JC Penney building on Gay Street in downtown Knoxville, Tenn., in 2015. Babalu Charlotte opened in July of 2016.

Look closely, a Babalu may open in your neighborhood soon. No matter where you are, you can be assured every Babalu consistently serves the freshest ingredients. We invest in our staff because we believe happy employees translates to “making Guests happy”. We take pride in our communities and invest our time and talents for local causes.

The next time you are in the mood for good food and fun, let us show you how great Babalu can be!

Do you enjoy putting your creative talents to work? Are you looking for a great culture and a fun, upbeat work environment? Babalu Tacos & Tapas is now hiring additional host/hostess, a sous chef, a line cook, an assistant manager, servers, and server assistant! We are growing rapidly throughout the Southeast, and plans are in place to grow exponentially over the next few years. Find out why our team is “tapa” notch! 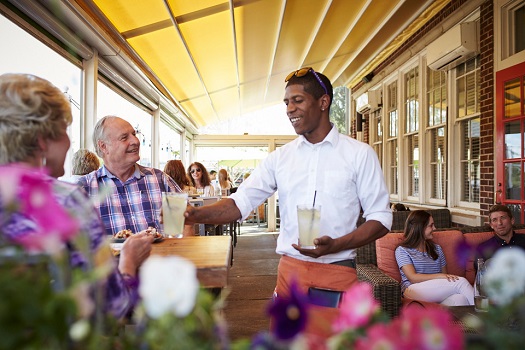 Our company culture is built around one goal… “Make Guests Happy!” It is our belief that if our guests are consistently happy, then we are doing the right things – the right way – at the right time. If we put our guests first in our strategies, plans, behaviors and actions, we will all be successful.

Now's Your Time to Shine.

Start your next career by searching for a location below.